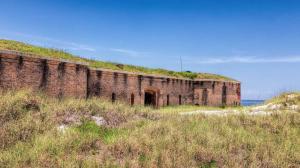 Fort Massachusetts is located on West Ship Island, 12 miles off the Mississippi Gulf Coast; it is part of the Gulf Islands National Seashore. Once known only as Ship Island, Hurricane Camille in 1969 cut the island in half creating East and West Ship Islands. The US Army Corps of Engineers began reconnecting the islands in 2018, so one day it will be one island again.

The barrier islands of the Gulf Islands National Seashore create a buffer between the mainland and the Gulf of Mexico. It is a critical habitat for shorebirds and sea turtles making West Ship Island an excellent location for birding and nature photography. The water around the island is typically crystal clear with visibility as much as 12 to 14 feet deep so the island is also a great destination for swimming and fishing. With something for everyone, it makes for a fun family day trip while also sneaking in a little history at the old fort. 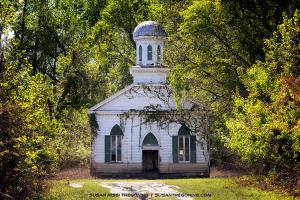 Located just outside of Lorman, Mississippi and a short distance off the Natchez Trace Parkway is the ghost town of Rodney, Mississippi. Not much is left of this early nineteenth-century river settlement that is richly steeped in early American history. It is now all but forgotten and only visited by the most adventuresome travelers.

I first fell in love with an old black and white photograph of the Rodney Baptist Church many years ago placing Rodney Ghost Town high on my bucket list of places to photograph in Mississippi. Let me just say; it didn't disappoint!

To continue reading...
The complete post is located at: https://www.susantregoning.com/blog/rodney-ghost-town 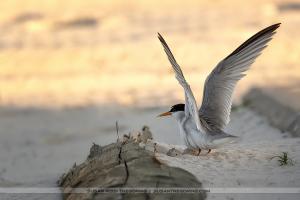 On the Mississippi Gulf Coast, there are two one-mile stretches of beach that make up the largest nesting colony of Least Terns in the United States. This Important Birding Area right along the Gulf of Mexico contains sections of five beaches: Biloxi Beach, Gulfport East, Gulfport West, Long Beach, and Pass Christian; putting the Least Tern within the most populated area for beach-goers along the Mississippi coastline. Situations such as this make biologists suspect that humans and the family pet are the number one reason the Least Tern population is in decline.

I was not aware of this Important Breeding Area until I visited Biloxi several months ago to photograph the birds wintering in the area. Nesting Least Terns quickly became a priority on my birding bucket list.

Part 2 of The Natchez Trace Parkway is the middle of the Trace. This post covers the top half of the Mississippi portion of the trace from milepost #308 to #160. 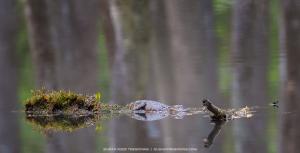 Part 3: of the Natchez Trace Parkway is the Southern Section of the Mississippi Trace from milepost #160 to the end at Natchez, Mississippi. 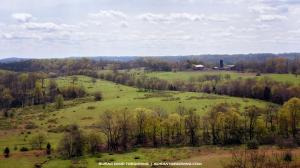 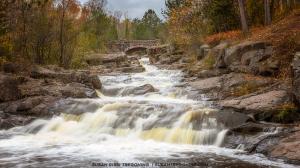 Seven Bridges Road located in Duluth, Minnesota is one of the more beautiful drives within the city. This 4 mile stretch of road intertwines with Amity Creek, the western branch of the Lester River, as it winds its way through a pine, poplar and birch forest on its way out to Lake Superior. A beautiful stone arch bridge has been constructed at each location were the road intersects the creek. All matching, there are seven bridges to cross along the way.

Whether it’s an over the top home display like in National Lampoons Christmas Vacation or the professional wonderland of Walt Disney World, nothing gets me in the Christmas spirit better than a good ole Christmas light display!

I grew up in the small town in southern Illinois that is known for Candy Cane Lane so a trip to “see the lights” is something I just HAVE to do at least once a year. Call it an addiction if you must, but I’ve gone as far as Niagara Falls, Canada not for that famous waterfall but to see the "Winter Festival of Lights".

So, when we pulled into Duluth, Minnesota back in late summer and I immediately began to see the requests on social media for volunteers to set up for the Bentleyville "Tour of Lights", my excitement started to build. Not only would I have a Christmas light display in town, but it was going to be in walking distance!

The Bentleyville "Tour of Lights" opened on November 17th, I was there opening night and twice just this week. I never expected anything as elaborate and beautifully done as this! It really is magical! With every visit, I'm in awe and manage to see something new.

This is a small park, with only 2.4 miles of hiking trails. The best part of the trail, a 1/4 mile easy loop, is right off the parking lot. This is where you will find four named waterfalls, three smaller unnamed falls and a historic bridge. None of these waterfalls are very large but they are all very picturesque. The park is small enough to see the highlights in under an hour; but, if you are a true waterfall lover, bring your lunch, you could easily spend most of a day. 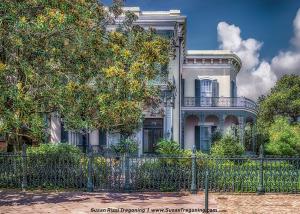 Following the Louisiana Purchase in 1803, Americans started to arrive in New Orleans and wanted a neighborhood to call their own. It took thirty years to happen but in 1826 when Jacques Livaudais failed to show up for divorce court preceding he lost ownership of the family plantation to his wife. In 1832, she moved home to France and sold the property to a group of businessmen that saw this land as American’s answer to the French and Creole dominated Vieux Carre. They parceled it off into a grid of 80 city blocks and it became part of the Village of Lafayette.

Wealthy Americans flocked to build mansions here. With plenty of space each mansion was surrounded by huge lawns and gardens some spanning full city blocks which earned the area its nickname the “Garden District”. That nickname stuck and the Garden District became its official name when the neighborhood was annexed into New Orleans in 1852.

While the lawns are no longer as grand as they once were, the mansions are still just as impressive as they were the day they were built. A visit to the Garden District offers a chance to see an entire neighborhood of preserved mansions from the 1800s and displays a melting pot of architectural styles that were “new” for the time period in which they were built.

Whether you choose to take a guided walking tour from one of the many local tour companies or just do it yourself, a visit to New Orleans is incomplete without a visit to the Garden District.